Corporal Ernie Carter was like myself a Dubliner who lived in Tydavnet. He was one of the original members of the 29th Infantry Battalion Association in Monaghan.

One of the wreaths from the 29th Infantry Battalion Association

One of his tasks as Secretary of the Association was to help organise a memorial stone at the site of the former military barracks (now the education campus) beside the Garage Theatre on the Armagh Road. 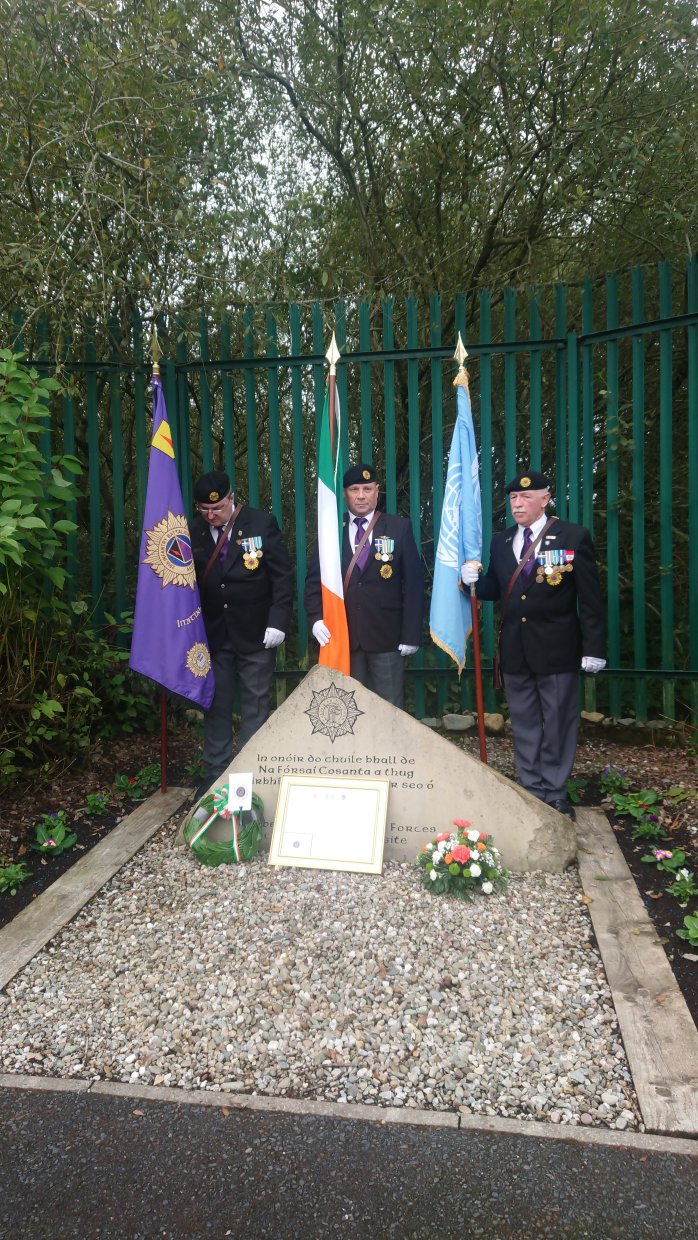 Colour party at the memorial stone

He died in June last year. The third annual commemoration took place this afternoon, with prayers led by a former army chaplain from Co. Cavan. I was asked to read out the poem for veterans ‘A Soldier’.

There were 79 names of the deceased listed on a framed sheet beside the memorial. They were soldiers who served in Dún Uí Neill Cavan, the Tanagh outpost in Cootehill and the barracks in Monaghan. We will remember them. REST IN PEACE.

The names of the deceased from 29th Infantry Battalion 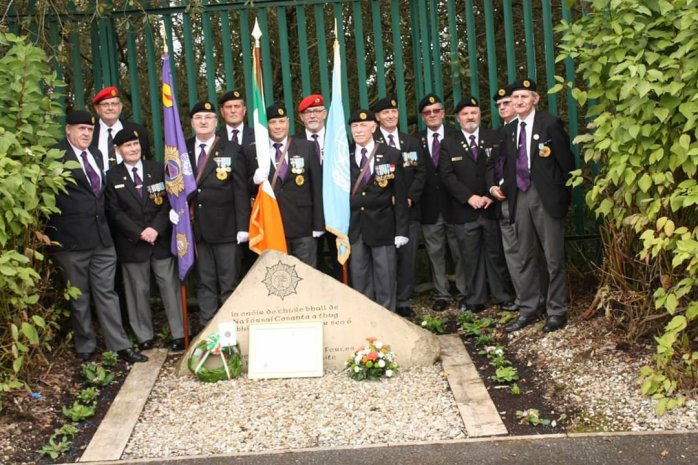 Paying respect to deceased members of the 29th Infantry Battalion

Standing to attention during the ceremony

One of the wreaths laid by Denis Barry

Paying respect at the memorial stone