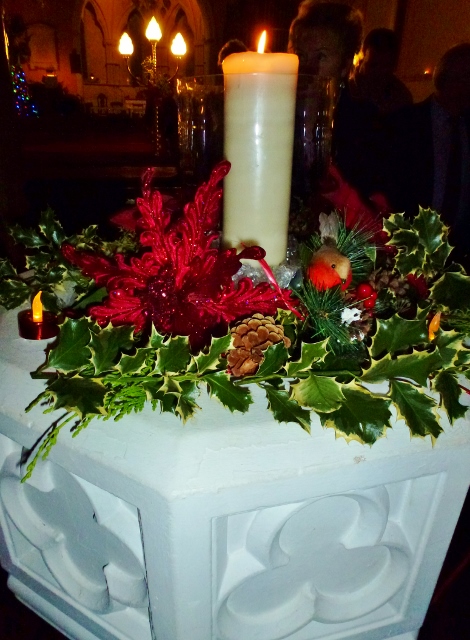 St Salvator’s Church of Ireland church beside Castle Leslie in Glaslough, County Monaghan, was the wonderful setting for ‘A Winter’s Tale’ performed on Monday night (23rd December) by Donagh Community Choir under the musical direction of Eithne McCord from Aughnacloy. The church built by Bishop John Leslie in 1763 and improved in 1890-96 became famous when it was the setting in June 2002 for the marriage (since dissolved) of the former Beatle Paul McCartney and Linda Mills.

The organist was beautifully played by Glenn Moore, Director of Music at St Macartin’s Cathedral in Enniskillen. Glenn is a native of Kesh and has been playing the organ and leading the choir at Ardess Parish Church, his home parish, for over 18 years. He has played the organ for various services and has given recitals at numerous churches throughout the Diocese of Clogher and beyond. He has been organist for special services that have taken place in Clogher Cathedral. Whilst a pupil at Portora in Enniskillen he was taught the organ by former Cathedral Organist, Billy McBride. 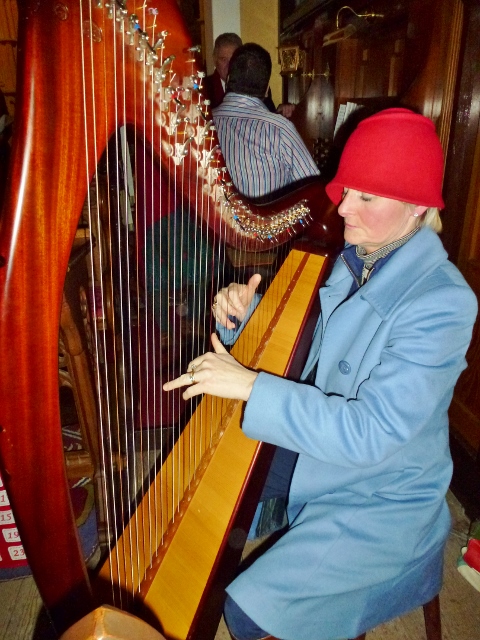 I was delighted to see that the harpist accompanying the organ so well for some of the songs was Liz McGuinness from Milltown, Monaghan who reminded me that she had organised arts events at the Castle many years ago, with David Norris among the guests. Liz was at the opening of the Garage theatre earlier this month. In September I met her at Connolly station in Dublin when she was one of the invited guests and interviewees during the RTÉ Big Music Week. We took the train to Newbridge and then Carlow, serenaded en route by the Bugle Babes who have been singing during the past week for Christmas shoppers at the Brown Thomas store in Grafton Street, Dublin. 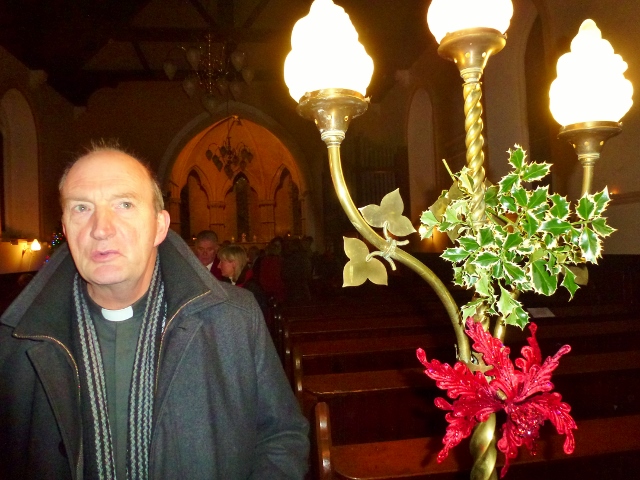 One of the guests at the service introduced by the Reverend Betty Thompson was the Precentor of St Macartan’s Cathedral in Clogher, Canon Noel Regan. A native of Sligo, he has become a member and good supporter of the William Carleton Society and summer school. In October he preached at the harvest service at Errigal Truagh church, where Eithne McCord and the Donagh choir performed along with Blackwater Voice in a carol service three Sundays ago. 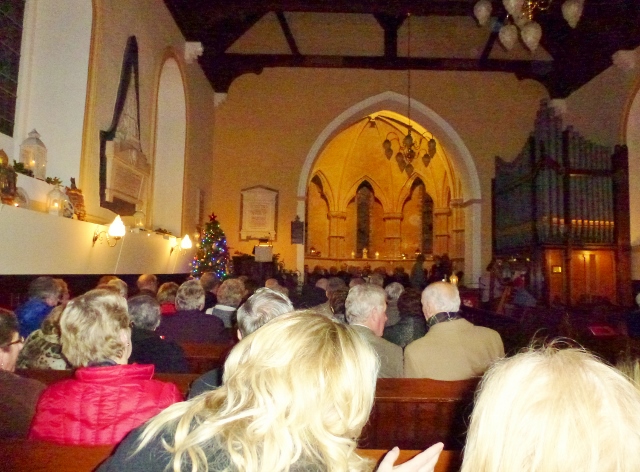 Samantha Leslie read a Christmas poem ‘It started with a Baby’. Afterwards she opened the Castle to guests who were treated to mulled wine and mince pies. The conservatory and surrounding area had been beautifully lit and the Christmas lights also looked well. Donagh Community Choir received a grant from the reconciliation fund of the Department of Foreign Affairs and Trade. I think the late Brian Earls, a Carletonian and a former diplomat who died in July, would have been very pleased to hear that. A few years ago after the William Carleton summer school I brought him to St Salvator’s church and Diane who happened to be there at the time kindly showed us inside. That was the only other occasion I have been in this church with which the Leslie family has been associated for 250 years. 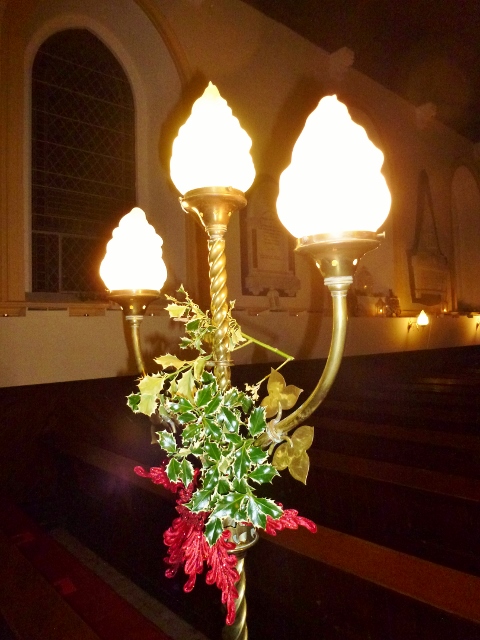