It has been dubbed the “Clones Sheugh” by one blogger Irish waterways history, who believes the Canal restoration would be a folly. Another industrialheritageireland.info has questioned the viability of the planned restoration of a 13km section of the Ulster Canal and River Finn from Clones to Upper Lough Erne and wonders where the finance will come from to maintain the waterway and any associated buildings if the restoration goes ahead. But there are local groups which believe the project is viable and will help to preserve an important part of Ulster’s industrial heritage.

One such group of enthusiasts is the South Lough Neagh Historical Society which this afternoon visited the Ulster Canal Stores in Clones and took a trip along the section of canal due to be restored. The decision was announced at a meeting of the North/South Ministerial Council in Armagh in July 2007. I remember doing a report on the proposals having travelled along much of the same route as the visitors did today. However there are few visible signs of any progress in the past six years. The situation was discussed at the inaugural meeting of the North/South Inter-Parliamentary Association a year ago which produced a background paper on the cross-border plan.

The Ulster Canal opened in 1841 and linked Lough Neagh with Lough Erne. The plan was to create a navigable waterway connecting the ports of Belfast and Coleraine with the Shannon and onwards to Limerick or Waterford. It is 46 miles long with 26 locks. It left the River Blackwater below Moy and climbed through 19 locks to the summit on the far side of Monaghan. It ran through the counties of Fermanagh, Monaghan and Armagh. It originally passed through or close to Clones, Smithborough, Monaghan, Middletown, Tynan, Caledon, Milltown, Benburb, Blackwatertown, Moy and Charlemont.

Fermanagh is preparing to host the G8 summit next month. The meeting of the heads of state of eight of the most powerful nations in the world will be held at the Lough Erne resort outside Enniskillen. Already arrangements are being made for a big influx of media personnel from all over the world. The Killyhevlin hotel in Enniskillen will serve as a media centre and indications are that it is booked up. 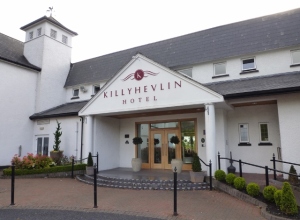 The BBC reports that the summit is expected to boost business in Northern Ireland by £40 million. Barclays Bank found almost 85% of businesses believe holding the summit in County Fermanagh will be good for the region. It said there was also longer-term potential to boost tourism, exports and foreign investment. A total of 213 telephone interviews were conducted with businesses in NI. The research was carried out by the Northern Ireland Centre for Economic Policy within the University of Ulster on behalf of Barclays. Across all sectors and geographically across Northern Ireland, two thirds of businesses expect the G8 Summit to have a positive or very positive effect on the economy. Businesses in the hospitality and tourism sector were the most positive about the summit (73%), though support was strong across all sectors with 69% of professional services supportive and 58% of manufacturers.

It is anticipated that demand for a total of 35,000 to 45,000 nights of accommodation could be generated in Northern Ireland as a result of the trips from the delegates, their entourages, security, international media and associated officials. The report from Barclays indicated that this could “feasibly generate” £5.5m to £7.5m for the tourist industry, predominantly in Fermanagh. 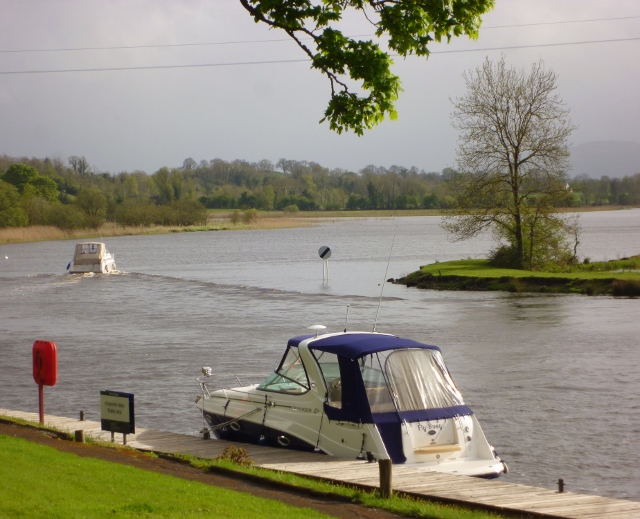 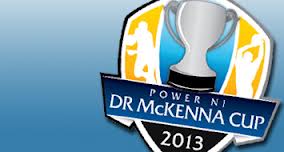 Driving back to Belfast tonight along the M1 I saw a strong white light emanating from the direction of the Castleblayney Road near Dundalk. It was the floodlights from  Pairc Grattan at Inniskeen, County Monaghan, a ground which has been developed in recent years to accommodate county team matches. Monaghan were playing neighbours Fermanagh in their third Dr McKenna Cup match in Section A. Victory by 1-12 to 0-07 meant that the home side has qualified for the knock-out stages. Their next opponents will be Down, at the Athletic Grounds Armagh at 2pm on Sunday. I passed Newry as they were seeing off the challenge from their neighbours Armagh by 2-11 to 1-10 in Section B. In other matches, a weakened Donegal side narrowly beat St Mary’s 1-14 to 2-10 and in Section C, Tyrone easily beat UUJ 1-18 to 0-09 and Derry drew 1-13 apiece with Antrim. So the other semi-final on Sunday will see Tyrone meet Fermanagh, the best runner-up. 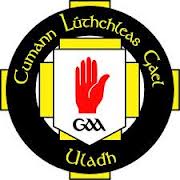 This year there has been controversy over the decision by some county managers to include QUB students in their squads. It has led to the withdrawal of Queen’s University from the competition, as they believed they were being put at a disadvantage. The competition has a very interesting history. The cup is called after a fomer Bishop of Clogher Dr Patrick McKenna from Truagh parish in County Monaghan, who presented it to the Ulster Council of the GAA in 1925. The first competition was in 1927. Monaghan are the most successful side in the tournament with thirteen wins, the last being 2003. Maybe they can make it fourteen this year! For two years, 2001 and 2002, the competition was not held but it was resurrected in 2003. Since 2007 it has been sponsored and the latest company to do so is Power NI, formerly NI Electricity, appropriate now that (as I observed at the start) many of the matches like tonight’s are played under floodlights!