Many years ago I interviewed Charles Friel for a ‘Northview’ programme on RTÉ Radio about railway heritage especially the old Great Northern Railway. Tonight he was giving a talk in Monaghan County Museum about the railway in County Monaghan. 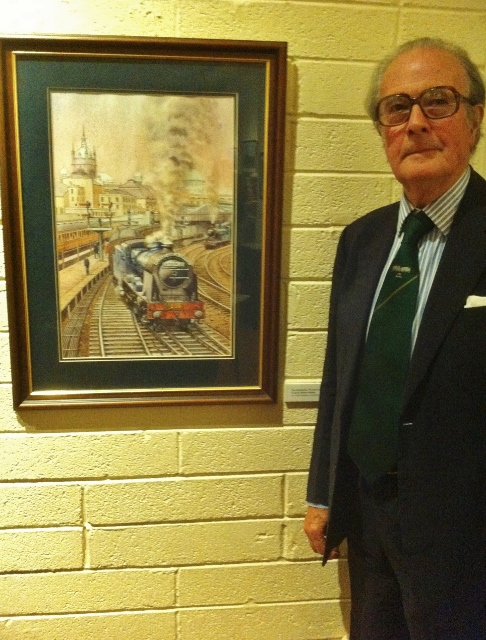 Lord O’Neill with one of the paintings: the Enterprise leaving Belfast

The talk coincided with the opening of an exhibition of railway paintings, the majority of which are on loan from Lord O’Neill of Shane’s Castle, Randalstown and President of the Railway Preservation Society of Ireland. Opening the display, he told the audience he would shortly be celebrating his 80th birthday with a trip on a special steam train excursion from Belfast! 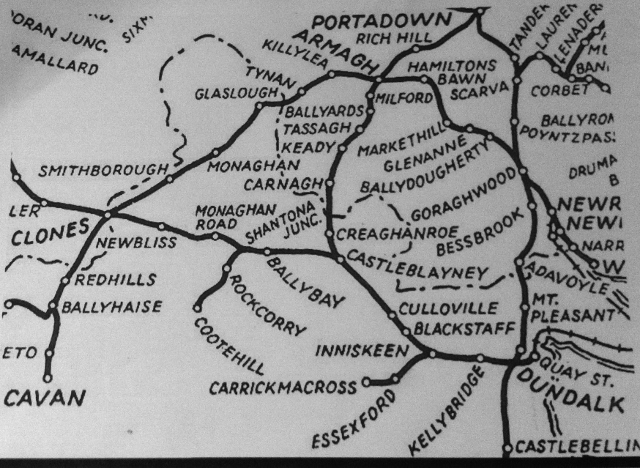