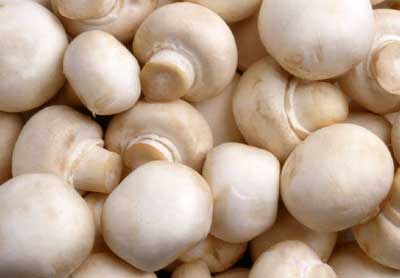 The Irish mushroom industry has been thrown into turmoil since the UK voted to withdraw from the European Union, according to producers. Chief Executive of Monaghan Mushrooms Ronnie Wilson said they were facing a very difficult crisis, partially caused by the change in the rate between the Euro and sterling. The IFA’s mushroom committee chairman Gerry Reilly said €7m worth of exports and 130 jobs had been lost since the Brexit vote in June.

Among the legislators who heard their evidence was Senator Robbie Gallagher from Monaghan (Fianna Fáil). He said it was imperative the government in the forthcoming budget provided the industry with a bridge to get them over this difficult period. 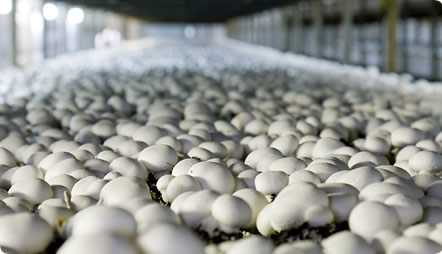 Currently, Irish growers produce around 70,000 tonnes of mushrooms, of which 80%, worth €120m at farm gate (double the value of Irish potatoes), is marketed to UK multiples through a network of marketing agents. There are around sixty growers and they employ 3,500 people, most of them in rural Ireland, especially Monaghan. Only four European countries produce more than Ireland.

Mr Reilly told the committee: “Since the UK vote to leave the EU, the mushroom industry in Ireland has been thrown into turmoil, and growers are in loss-making territory, resulting from the sudden and significant weakening of sterling,” he said.

The weakening of the sterling is having such a damaging effect because the marketing companies that sell Irish mushrooms negotiate their contracts in sterling. In addition, mushroom prices are forward agreed, generally for contract periods of up to twelve months. As they are fixed contracts, mushroom producers cannot renegotiate the price the receive. 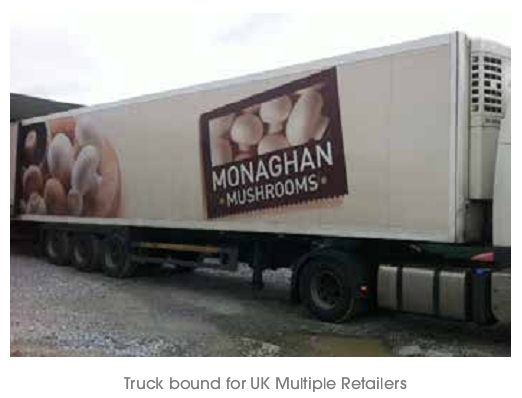 The immediate difficulty is that contracts have been agreed in sterling, when sterling was at a much stronger position against the Euro. For the first six months of this year, the average exchange rate was £0.78 to €1. This meant a payment of £1 was worth €1.28 to Irish producers. Today, that same pound is worth only €1.16, sterling having weakened by over 13% since the Brexit vote. CMP estimates that €10m will be lost on an annual basis across the CMP farms in the Republic, translating to an average loss per farm of somewhere between €250,000 and €300,000. 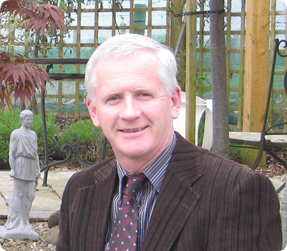 Mr Reilly reminded the Oireachtas members: “mushrooms are a perishable product with a relatively short shelf life, produced 52 weeks a year. The ‘best before’ date is five – seven days after harvesting. There is no viable alternative market for such a highly perishable fresh product.

Currently the UK is our only market. We send more than 50 Artic loads to the UK, seven days a week, 365 days a year. Resulting from the closure of the Russian market, mushrooms from eastern Europe, produced at much lower production costs, are now entering the UK retail market and displacing Irish produce. 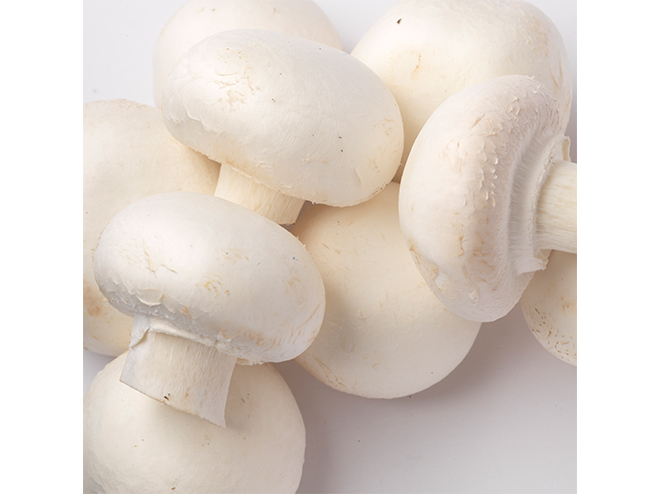 On behalf of the IFA and CMP, Mr Reilly called on the government to introduce a number of short-term supports:

The IFA submission stated that a significant and longer-term market pressure for Irish producers is the foothold that has been gained in the UK retail market by Polish product. This is very worrying as their cost base is only a fraction of ours e.g. their labour rate is 28% of the minimum wage in Ireland.

The dominant power of the retailers and significant food price deflation in fresh produce, has resulted in serious downward price pressure on our mushroom exports, which has now been compounded by the sterling decline.

Mushroom production is highly labour intensive and the threats now faced by the industry could result in significant job losses. It will also impact on the tillage sector, as the mushroom industry is a significant purchaser of wheaten straw and on the poultry sector, as poultry litter is used in mushroom compost.

In the past, a reduction in production or closure of a mushroom business was replaced by increased production from fellow growers. However, market share lost by the Irish mushroom industry as a result of the current crisis will simply be replaced by other European suppliers.

The IFA has met the Minister for Horticulture Andrew Doyle to impress on him the immediate need to take a number of actions to support our mushroom sector in the wake of the light of Brexit and the weakening of sterling. We also note the recent comments by Minister for Agriculture Michael Creed acknowledging the particular issues of the mushroom sector, and his commitment to provide support to the sector in the Budget process, Mr Reilly said. 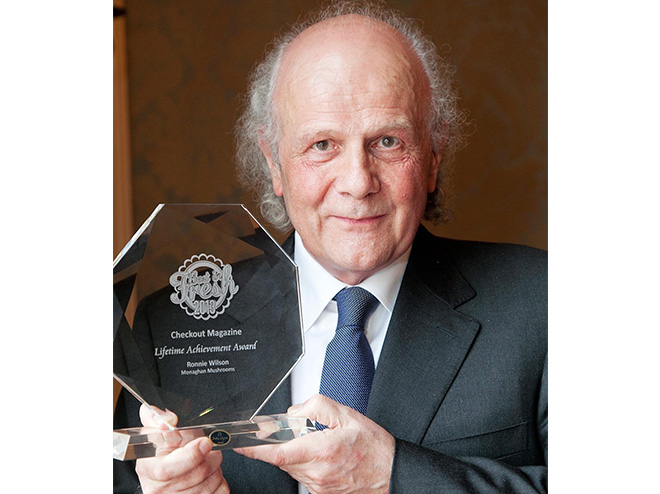 Ronnie Wilson of Monaghan Mushrooms said the situation now was very different from eight years ago when the industry was expanding and they were able to compete throughout Europe. He said the two problems for producers were retail discounters and food deflation. The concept of cheap food was now politically very acceptable, he told the committee.

“It’s a very difficult situation. If we let the industry go into freefall that really would be a disaster”, he said. We must stop the industry from going into freefall, he emphasised. Already they were not able to supply all their contracts which were mainly with UK multiples. They were currently purchasing product in Poland and Holland to service the UK contracts.

“We can continue to do so for a little while but can’t go on very long”, he said. The first thing they had to ensure was to stop producers closing, because contracts would be under threat if that happened.

Mr Wilson said one measure the government could take that would be very supportive of the industry would cost very little. The industry required flexibility of labour and worked unsociable hours. He wondered if it would be possible to have a permit scheme introduced to bring in harvesters from non-EU countries in eastern Europe and that would be a very advantageous element, in his view. One or two growers had stopped operating because of the currency exchange rate, but there was also an element of some labour difficulties.

The chair of the committee Pat Deering TD told him that was a suggestion they could include in their budget submission as well. 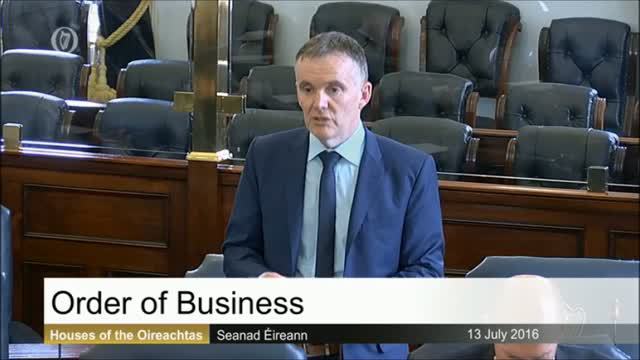 Senator Robbie Gallagher from Monaghan (Fianna Fáil) congratulated the mushroom industry representatives on their achievements over the past thirty years. He said they deserved great credit for building up the industry and creating 3500 jobs.

He knew Ronnie Wilson quite well, who he said had been a leading name in the mushroom industry for up to thirty years. He was a very large employer and they were fortunate to have him in County Monaghan. Of the 3500 jobs in the industry, around 1000 are in Monaghan and of those up to half were employed by Mr Wilson.

So it was a particularly difficult issue for a county like Monaghan. No other county was more exposed to this crisis than Monaghan, he said. Senator Gallagher told the committee he was sure this was a particularly stressful time for everybody in the industry, when external factors over which they had very little control could determine the future. “I can only imagine what you and everybody in the industry is going through”, he told the committee.

Words like ‘crisis’ and ‘freefall’ had been used in the presentation and it was clear to see that they were not being overused. Senator Gallagher said it was imperative that the government stepped in at this time to give the mushroom producers a bridge to get over this difficult period and to reasses where they were going.

It seemed to him that there were two main issues, namely the current threat from the fluctuation of sterling and the threat from Polish producers. The Irish producers seemed to have more concern about the first threat, he said, judging by their presentation. He wondered where they saw the industry going in future and were they confident about it? In view of the freefall in the industry he also wondered if they had had any contact with any government department in the aftermath of the Brexit referendum in the UK.