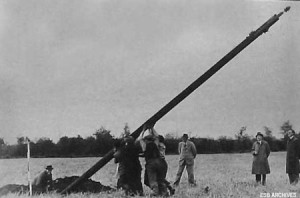 Watching a film on television (RTE1) brought a glimpse of what it was like when the ESB rural electrification scheme began in Ireland over 66 years ago. The first pole was erected at Kilsallaghan in North County Dublin (now comes under Fingal County Council) on the road between St Margaret’s and The Naul in November 1946. Planning for the project had begun a few years earlier during the Second World War, or Emergency as it was known.

More details of the scheme that helped to transform Ireland can be found on a website about Tinryland in County Carlow and the important role played by one of its inhabitants, Paddy Dowling. It was among the first parishes to receive a connection to the national grid.

The film that prompted me to put down these thoughts is “Stella Days“, directed by Thaddeus O’Sullivan. Martin Sheen plays the scholar-priest and forward-thinking Father Barry, whose hopes of reappointment to Rome are dashed by the tenacious Bishop Hegarty (played by Tom Hickey), whose sole objective is to control the ‘hearts and minds’ of the dwindling population by building modernist churches designed to dominate horizons around the country.

The film is apparently based on a memoir about the establishment of a cinema by a Canon in a small Tipperary town in 1957, although I notice at the end the statement that all characters are fictitious. This experience portrayed of the local priest at the forefront of a community enterprise was not unique. At the start of the film, Fr Barry is shown with a cine camera in his hands, capturing the work of the ESB crews when they arrived in his parish. The sequence is then shown as a black and white clip from the film he had taken, with a sequence very similar to the picture above, which is from the ESB archive.

It reminded me immediately of the work done by a Clogher priest, the late Canon Benny Maguire, who was 96 when he died. In the homily at his funeral in Urbleshanny, Scotstown, four years ago on April 4th 2009, the then Bishop of Clogher Dr Joseph Duffy recalled how Fr Maguire brought Muintir na Tíre to Monaghan and following a very successful Rural Week, the group’s annual national assembly was held in St Macartan’s College in the summer of 1947.  As a result the parish of Tydavnet had the first rural electrification scheme in the county and his enthusiasm helped to establish the Tydavnet Show which has been such a success annually since then.  The development of the Our Lady of Fatima Hall at Knockatallon in November 1952 was another by-product, now the site of another community-run facility, the Sliabh Beagh Hotel. A predecessor of Canon Maguire as parish priest, Canon Kirk, also used a cine camera to record some of the activities in this rural area.