“Memories Amidst the Drumlins: Cavan and Monaghan”, a compilation of  the stories and poems of the late Terence O’Gorman of Tullyvogey, Tydavnet, will be officially launched at a function in Monaghan’s Four Seasons Hotel on Friday, August 2nd next. A well-known North Monaghan personality, Mr O’Gorman, who passed away in 2003, had some of his literary contributions published in the columns of this newspaper over the years.

His daughter Patricia Cavanagh, the current President of the ICA in Co. Monaghan, has now brought together dozens of poems and stories penned by her father in a volume that will be launched by the Director of the William Carleton Summer School, Michael Fisher. Over the past two years Patricia has carefully compiled and edited what amounts to a wonderful record of the lifestyle of South Ulster from the 1930s until the turn of the century. 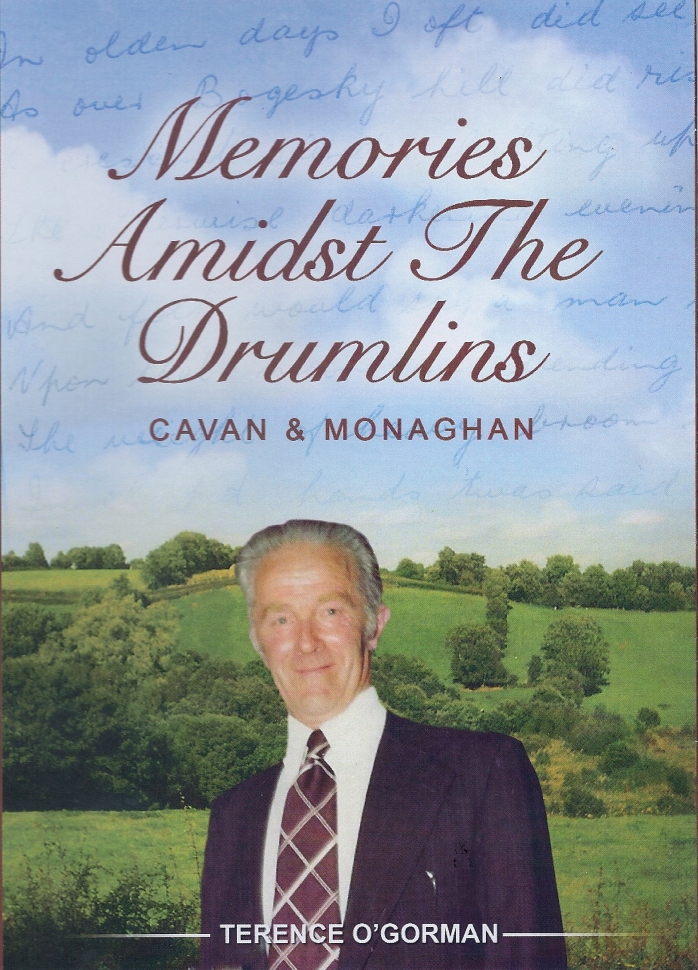 Memories Amidst the Drumlins: Cavan & Monaghan

Some of the poems were written to mark special occasions such as birthdays and weddings of family and friends and there were also tributes to those who had passed away. This collection is a wonderful tribute to Terence, who came from Lavey in Co. Cavan and who was a familiar figure in and around Tydavnet and Monaghan, where he worked at St Davnet’s Hospital for many years. The book includes a number of poems he wrote for his friends and work colleagues on their retirement from St Davnet’s.  He died in 2003. The 340-page book will retail for €15.

The launch will be performed on the opening day of the William Carleton Summer School events taking place in Monaghan and Emyvale from August 2-4. Terence was a regular visitor to the annual Carleton event as well as attending other literary festivals throughout the country. Patricia Cavanagh spoke about the book at the launch of the William Carleton Summer School programme at the Writers’ Centre in Dublin in June.