Ulster Unionist MLA from East Belfast Michael Copeland has reminded the public that today is the anniversary of the gun and bomb attack by an IRA gang on Tynan Abbey in County Armagh.

The IRA shot dead Sir Norman Stronge, aged 86, a former Unionist MP and Speaker of the Stormont Parliament. They also killed his son James. He was a merchant banker who had also been an Ulster Unionist MP at Stormont. He had served as an officer in the Grenadier Guards and was an RUC Reservist. 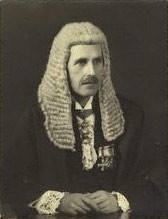 On Wednesday 21st January 1981, a group of men dressed in military-style uniforms forced their way into the Tudor-Gothic mansion where Sir Norman and son James lived with their family, close to the border with County Monaghan. Both father and son were alone in the library when they were sought out by the attackers and shot dead. After the men were killed, the IRA placed incendiary devices in the mansion and set it on fire destroying the mansion. They are buried at Tynan parish church.

Sir Norman was one of the oldest people killed during the troubles in the North. A local minister stated that he thought members of the Stronge family were in danger but he never suggested they move. The IRA said the Stronges had been chosen as what they called “the symbols of hated unionism”. Neither Sir Norman nor James Stronge had been prominent in unionist politics for some time.

The IRA said the attack was a “direct reprisal for a whole series of loyalist assassinations and murder attacks on nationalist people and nationalist activists”.

One thought on “TYNAN ABBEY KILLINGS”