The memorial at Poperinge contains details of some of the English soldiers from the World War One conflict who were shot at dawn, in addition to Eric Poole.

Memorial at Poperinge for soldiers sentenced to death

It was a poignant moment on the fifth and final day of our tour of Flanders when we went to Poperinge a few miles from Ieper. In a courtyard there is a metal post that now serves as a memorial to soldiers killed there for breaking military law.

Several years ago a former President of the National Union of Journalists George McIntyre led a campaign to clear the names of WWI British soldiers court martialled e.g. for desertion and shot at dawn by a firing squad. 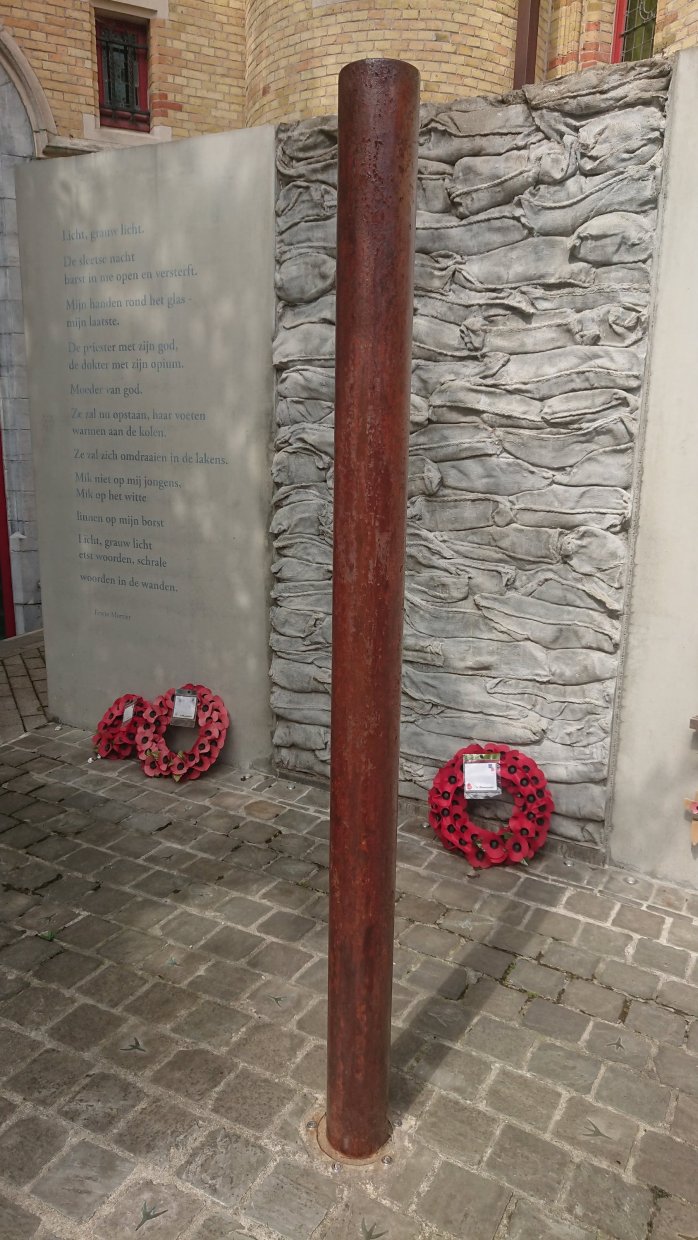